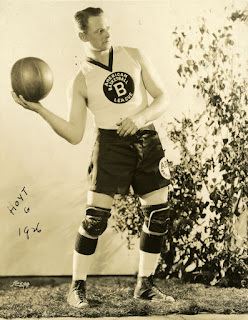 Hoyt is much better known in baseball circle. The future Hall of Fame pitcher signed with the New York Giants at the age of 15 and was immediately sent to Hartford in the Eastern League where he began his climb through the minors. In July of 1918, at the age of 18, he made his major league debut with the Giants, setting down the Cardinals in succession in one inning of work, striking out two. However, he was quickly sent back down to 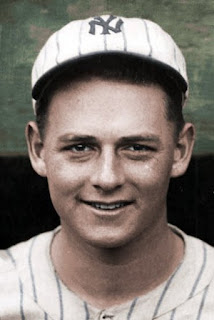 Jersey City, and later to Nashville, for the remainder of the season. That winter, he was traded by the Giants to Rochester and later sold to Boston. When he was called up by the Red Sox in later 1919, he was in the major leagues to stay. In 1920, he was dealt to the Yankees, and from there became on of the best pitchers in the Junior Circuit. He would pitch 21 years in the major leagues, winning 237 games and multiple world championships with the Yankees along side greats lime Ruth, Gehrig and Dickey. During this time, Hoyt took various forms of employment in the off-season, including time as a writer, salesman, mortician, and most importantly with regards to this blog, basketball.

Hoyt played for Harry Heilmann's Brooklyn club in the ABL as well as the independent Fenwoods in the 1925-26 offseason. He stopped playing basketball, though, because he felt the risk for injuring his arm was too great. Hoyt would go on to be elected to the Baseball Hall of Fame and worked for many years as a broadcaster for the Cincinnati Reds. 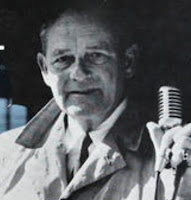 Stats:
http://probasketballencyclopedia.com/player/Waite-Hoyt/
Posted by Peach Basket Society at 11:58 AM