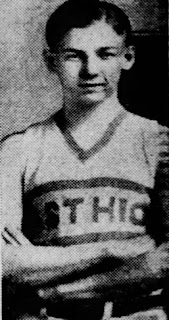 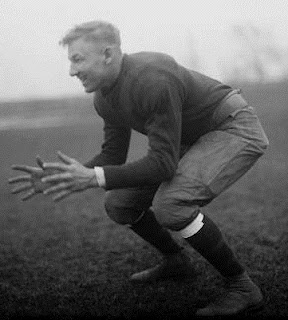 Born to Traugott and Marie Uhlen, Bill was a gifted football and basketball player at East HS in Rochester. Despite receiving an offer to play pro basketball with the Baltimore Orioles, his coach persuaded him to go to college. He was at the University of Rochester for one year, the left and started playing pro basketball with the Rochester Centrals. When Bill father died in 1928, Bill took over the family business, Uhlen Carriage, limiting his basketball. He still was able to play through the 1930's while running the company until 1978 when they closed their doors.

He and his wife, Frances, had one son.

Posted by Peach Basket Society at 11:51 AM