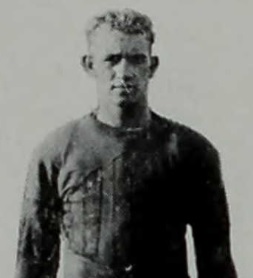 Ike played baseball, football and basketball at Creighton, and after graduating, he played five seasons in the NFL with the Chicago Cardinals, as well as playing with the ABL's Chicago Bruins for three years. As a shortstop, he also signed with the Pittsburgh Pirates but did not want to be farmed out. In 1933, Mahoney was seriously injured in a car accident but recovered.

In 1947, back in his hometown of Omaha, he took a job at Boys Town there, working as a coach and a mentor. In November of 1961, Ike suffered a fatal heart attack in his sleep. He was 59 years old.

Stats:
http://probasketballencyclopedia.com/player/Ike-Mahoney/
Posted by Peach Basket Society at 7:29 AM