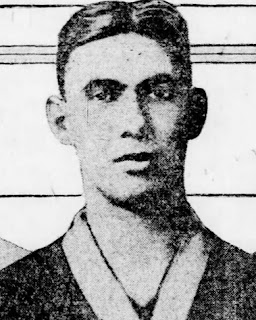 O'Dell was a popular center who played with many teams in New York and Pennsylvania, he signed with the Buffalo Bisons of the ABL on January 27, 1926. He would finished the season with the club, and moved to Baltimore to play with the Orioles for the 1926-27 season.

O'Dell died from injuries suffered in an auto accident in August of 1934. He was only 36 years old. At the time, he had been employed at AT&T in Elmira, as well as being the local basketball team's coach.

He and his wife had two children.

Posted by Peach Basket Society at 4:52 AM