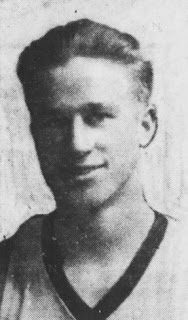 Husta was a great athlete who was one of the great stars of what is known as the "Center Jump" era, when there would be a jump ball after every basket. Carl and his brother, Mickey, were a formindable duo on the court and played together often and for many years. Carl played for many basketball teams in the area, and in 1925 he was signed by Connie Mack to play shortstop for the Athletics in the American League. His major league tenure was only part of the 1925 season, but he played for a few summers in the Piedmont League before quitting baseball. He stayed played basketball though, putting in 12 seasons in the ABL, alone. In 1939, he retired from the game. Noteworthy frugal during his playing days, Husta was able to save and invest his way to fairly comfortable living, but still served in the U.S. Army during World War 2, and then took a job at an electrical plant after the way.