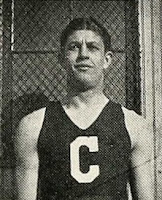 
This is a confusing man to figure out. 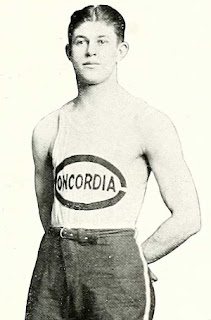 Here is what I knew going in:
Schnitz Schneider played for Concordia College in Fort Wayne, and therefore played with the Fort Wayne Caseys in the ABL a couple years later.

Pro Basketball Encyclopedia says he is Ernst J. Schneider (1901-1984), but a look at Ernst's obituary from Oshkosh, Wisconsin, states nothing about Concordia College or ever living in Indiana. Newspaper articles  about Ernst indicate he was a longtime baseball coach in Wisconsin, but attended Ripon College, not Concordia. Ernst IS buried at Concordia Cemetery in Wisconsin, but that has nothing to do with his education. The photo PBE uses is Theo Schneider, basketball and baseball star at Concordia, graduating in 1924. After looking through Concordia's yearbook from 1924, Theo is referred to as "Schnitz". No doubt Theo is the Fort Wayne Casey's player, not Ernst.

Born in LaPorte, Indiana, to Henry and Wilhelmina Schneider, Theo played basketball and baseball at Concordia, serving as the captain of the former's team.

He married Gertrude Trentman in 1926 and they had one son, William. 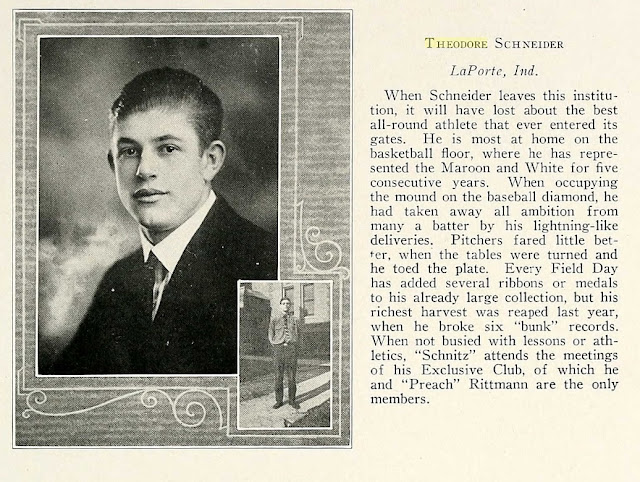 Posted by Peach Basket Society at 5:13 AM

Email ThisBlogThis!Share to TwitterShare to FacebookShare to Pinterest
Labels: 1925-26, Fort Wayne Caseys, over 90