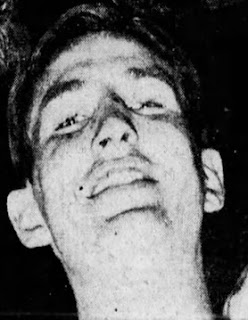 Talmadge Wesley Bennet was born in Nashville, Tennessee, to T.C. and Carrie Bennett.. His family moved to Akron when he was five, and he played high school basketball at East High School. He went to college at Westminster, and after a few years of AAU ball and followed Goodyear to the NBL. He served in the Marines in World War 2. Moved to California. He and his wife, Janet (1916-2003), had one son. In 1960, he was living in Santa Ana, CA. He later moved to Solvang, California.

Posted by Peach Basket Society at 5:44 AM