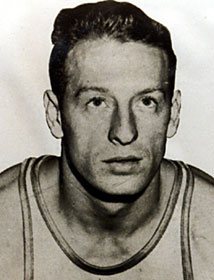 
Came out of East High School in Buffalo, Cervi joined the Bisons and played in all nine games. He joined the army in 1940 and served in the Army Air Forces through the end of World War 2. After the war, he returned to the NBL and evenutally the NBA. He was a player-coach for Syracuse, and continued to coach after he stopped playing. He left coaching to work at Eastern Freightways, in Rochester. He married Ruthie in 1941 and had a son, Allen, and two daughters, Kathleen and Marcia. He died in Rochester in 2009 at 92. He was elected to the Basketball Hall of Fame in 1985.