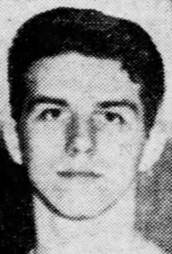 
In high school, Lawry (who also went by "Tim") lead Allegheny High School to the Pittsburgh City Championship in 1928. He then moved on to Pitt, where he was a member of the 1930 championship team. He was also a talented baseball player, playing three years in the minors while also playing semi-pro basketball. He married Ruth Jack (1914-2004) in 1936, and the couple had four sons: Thomas, David, Edward and Robert.
He worked as a salesman at Shea's Sporting Goods before retiring in 1980. He moved to Cleveland, where he died after a lengthy illness in 1999.