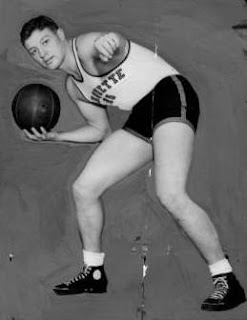 
Raymond C. Morstadt, born in Waukegan, Illinois, to William and Carrie (Rehm). He moved to Akron after college to play basketball, where he met and married Gladys Perry (1916-1992). They had three children; William, Lynda Collins (1946-2008) and Gail Driscoll.
Later in life, operated a boathouse in Waukegan, Illinois. He died at Victory Memorial Hospital in Waukegan on July 5, 1965, of an infected gallbladder.