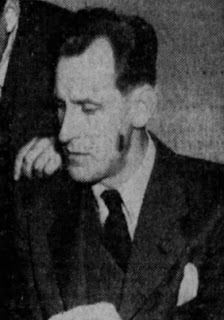 Robert H. Colburn was born in Lockland, Ohio, to Robert and Anna (Dranson). He graduated from Ohio State in 1935 and played semi-pro basketball before landing with the Dayton Metro's. He went on to coach basketball and teach at West Carrollton High School, Bowling Green High School, Roosevelt High School (Dayton), Wilbur Wright High School (Dayton) and then Carlisle High School, where he eventually became the Principal. He was at Carlisle from 1953 until retirement in 1975, during which he got his Master's Degree from Xavier.