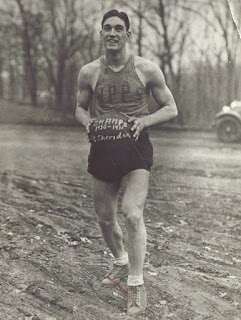 
Frederick E. Grafft was born in Iowa to Joseph and Court Grafft. The family moved to Downs, Illinois. A graduate of  Downs Kickapoo Union High School ('29), Grafft was a track star specializing in the javelin throw. He went to Gallagher Business School. He allegedly scored 87 points in a single game while at Gallagher, as mentioned by "Ripley's Believe It Or Not." After playing basketball for one season in Kankakee, Grafft served in the army in World War 2 and moved to Chicago and worked for many years as a self-employed consulting engineer. He was married to Kathryn Kendall and the couple had one daughter. Grafft moved to Sparta, Tennessee, where he died in 1993.