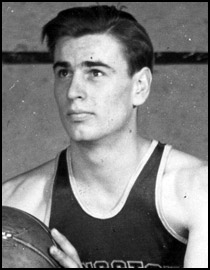 From Brooklyn, Torgoff lead Long Island to the NIT title in 1939. He played briefly for the Detroit Eagles before moving to the Sphas in the ABL. According to his NY Times obit, he served in the Army Air Force, but he also played for Philly during the war, so not sure how that timeline shakes out. He played under Red Auerbach with the Washington Capitols in the BAA before short stints in Baltimore, Trenton and a return to Philadelphia, although this time with the BAA's Warriors. He became a salesman of garments, farbics and yarn in Manhattan, and died of a heart attack in 1993.

He was married to Betty (d. 2017) and had a son, Martin, and two daughters,  Carole Ash and Elaine Rosenberg.