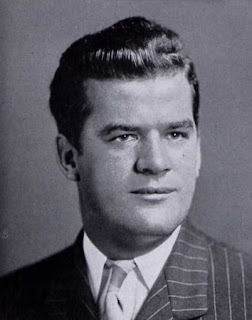 
After serving in the U.S. Army during World War 2, Hassmiller worked in the Dealer Relations Office at Firestone, and later got his law degree from the University of Akron.He retired from Firestone in 1979.

He was married to Ann Javornik and had two sons.

Stats:
http://www.basketball-reference.com/nbl/players/h/hassmro01n.html
http://www.justsportsstats.com/basketballstatsindex.php?player_id=hassmbo01
Posted by Peach Basket Society at 11:20 AM