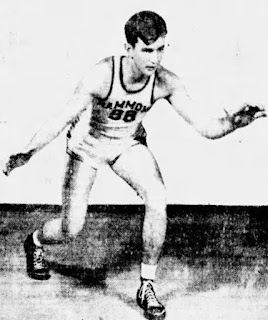 
Neu started playing basketball at the age of 12 in Chicago recreational leagues. He starred at St. Mel before becoming one of DePaul's most prolific scorer in his junior year after a poor sophomore season. Served in the army during World War 2.
Supposedly died of a cerebral hemorrhage in 1971, but I cannot confirm this.


Stats:
http://www.basketball-reference.com/nbl/players/n/neuro01n.html
http://www.justsportsstats.com/basketballstatsindex.php?player_id=neubo01
Posted by Peach Basket Society at 4:57 AM