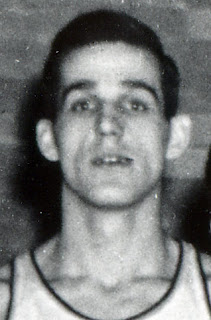 
Komenich, at 6'7, was too tall to serve in the military, so he became a truck driver  to help in the war effort.

He was married to Juanita, who died in 1975. Komenich died a couple years later at 56 years of age.

Komenich's son, Kim, produced a documentary about the University of Wyoming NCAA champion team that Milo played on.
Cowboys - Documentary