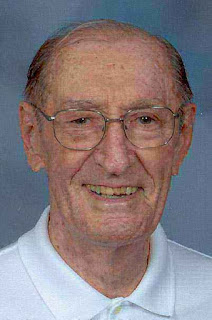 Born and raised in Buffalo, New York, Grunzweig went into the military and after tours of duty in the infantry in Europe in World War 2, followed by combat in Korea, Grunzweig spent 30 years in the army, retiring a colonel in 1973. He played one season with the Blackhawks. After retirement from the military, he moved to Iowa where he worked for the Department of Human Services until retiring in 1979.

He was married to Bernice and they had three daughters and four sons.


Stats:
http://www.basketball-reference.com/nbl/players/g/grunzni01n.html
http://www.justsportsstats.com/basketballstatsindex.php?player_id=grunzni01
Posted by Peach Basket Society at 11:45 AM