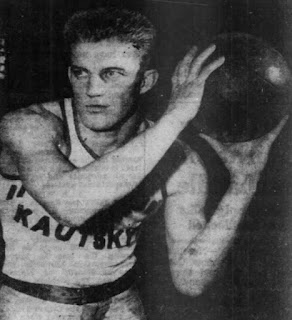 Klier set the single-season scoring record for Notre Dame in the 1943-44 season, but missed the next season as he was serving his country in the U.S. Navy. He returnd in 1945-46 for his senior year and topped his previous scoring record, and was on the college All-Star team that defeated the NBL All-Star squad in an exhbition game. A pioneer of the one-handed set shot, Leo went on to play for Indianapolis and Fort Wayne, before being named head coach as well as playing for Anderson in the short-lived NPBL. He also worked in the off-season as a lifeguard at the Broadmoor Country Club in Indianapolis, before being sold to Fort Wayne in July of 1948. He began working for Amoco Oil as a salesman in 1952, and remained there until his retirement in 1979. In retirement, he owned and operated a service station in Evergreen Park, Illinois. Leo died in 2005.

He was married to Nancy in 1946 and they had nine children; Peggy, Marianne, Michael, Janet, Martha, Kevin, Carol, Daniel and Timothy.