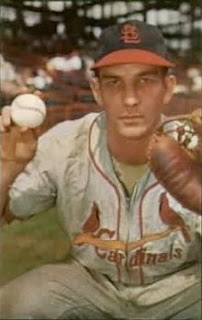 Del was a three-sport star in high school, playing football and baseball as well as basketball. It was baseball where he would make his mark, playing 17 seasons as a catcher in the major leagues, even being named to the NL All-Star team. He put in one season of professional basketball, with the Rochester Royals. He wound up managing the California Angels for one season, in 1972. After being fired from that job, he worked as a scout for the Yankees and the Giants. Rice died of cancer in 1983 at 60 years of age.