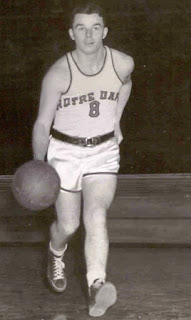 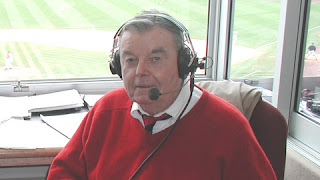 The son of New York Yankee outfield Frank Gilhooley Sr, Frank was a star baseball and basketball player at Catholic Central in Toledo, and played both sports at Notre Dame. After a brief stint with the Jeeps, Gilhooley move into the broadcast booth, and is better known as the former voice of the Toledo Mud Hens.

Stats:
http://www.basketball-reference.com/nbl/players/g/gilhofr01n.html
http://www.justsportsstats.com/basketballstatsindex.php?player_id=gilhofr01
Posted by Peach Basket Society at 10:52 AM