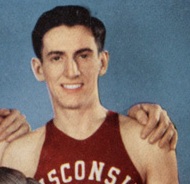 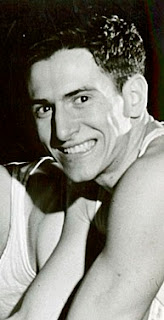 Rehm served in the U.S. Navy as a Submarine Electronic Officer. He played a couple season of professional basketball while utilizing his chemical engineering degree for Dow Chemical. He also did some graduate work at Princeton and MIT. After years as an R&D researcher at Dow, he moved on to work for government environmental agencies on the municipal level in Milwaukee and retired i n 1985.


He was married to Rosemary Heckel in 1946, and they had two sons, Rick and Jim, and two daughters, Jayne and Mary.

Stats:
http://www.basketball-reference.com/nbl/players/r/rehmfr01n.html
http://www.justsportsstats.com/basketballstatsindex.php?player_id=rehmfr01
Posted by Peach Basket Society at 6:44 AM