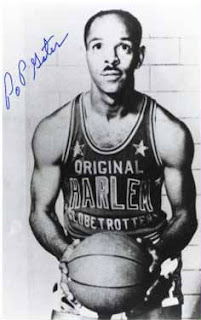 Gates grew up in Harlem, playing basketball and stickball. He attended Clark College in Georgia for one year, but did not play basketball there. He played on many professional teams that competed in the World Tournament, participating in all ten tournaments held. When he joined Buffalo / Tri-Cities in 1946-47, he was one of four black players in the league. There had been black players in the NBL in the past, but they were still under-represented. Following a nasty fight between Gates and Chick Meehan, racial tensions surfaced in the league, and by the end of the season, all four black players in the NBL (Gates, Bill Farrow, Dolly King and Willie King) were out of the league, and in the following season there were no black players. That ended in 1948-49 when the NBL re-integrated. Dayton took over for the faltering Detroit franchise, and Gates was became first black head coach in professional basketball when he took over the Dayton squad during the 1948-49 season.

Gates later became a police officer in New York City. He died of a heart failure in 1999.

Stats:
http://www.basketball-reference.com/nbl/players/g/gateswi01n.html
http://www.justsportsstats.com/basketballstatsindex.php?player_id=bakerbo01
Posted by Peach Basket Society at 6:36 AM