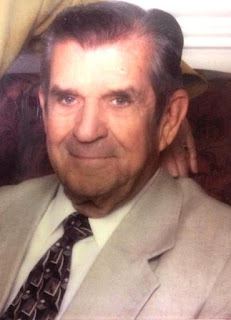 Born to Stephen and Sofia Moiseichik. He was a football and basketball star at Cortland State, with his time there interrupted by military service. He served in the Army Air Corps during World War 2 and returned to Cortland to graduate in 1946. After a brief appearence with the Nationals, he finished his Masters Degree in Physical Education at Syracuse University and went to coach football for 20 years at Courtland High School, retiring in 1967. He was also the school's athletic director.

Email ThisBlogThis!Share to TwitterShare to FacebookShare to Pinterest
Labels: 1946-47, over 90, Syracuse Nationals