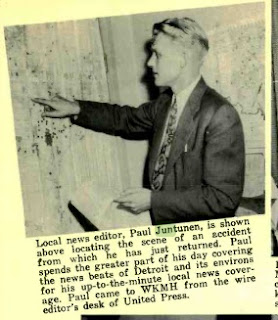 Update 5/17/2016
Part of the mystery of our guy, as indicated by records at ancestry.com, was because he later went by the name Paul Jayson. Once I found that, it was an easier route.

Born to Henry and Rauha Juntunen, Paul went to Wayne State University, and then entered the U.S. Navy. He later worked for WKMH in Detroit as a news editor. He served his country not only in World War 2, but in the Korean and Vietnam wars. At some point he changed his name to "Jayson," which is the name he and his wife are buried under. 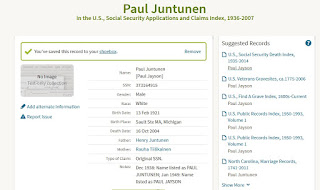