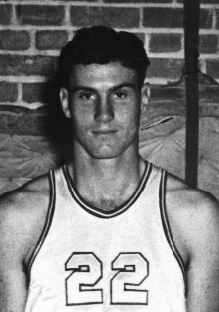 Closs was born to William and Lillian Closs in Edge, Texas. He went to Rice on an athletic scholarship before joining the U.S. Marines, serving in the Pacific during World War 2. He played
basketball professionally for six years after his military service. After his playing career, he enjoyed a long successful career in the business world, founding United Sporting Goods, and later moved to work with Adidas.