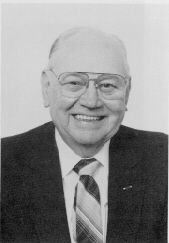 After helping Wheeling HS to the WV State Championships in 1936 and 1937, Mehen moved on to the University of Tennessee where he was an All-American. After serving in the U.S. Army during World War 2 where his heel was shattered by a mortar shell in Europe, he played for Youngstown and Toledo in the NBL. When the Toledo franchise moved to Waterloo, Iowa, Mehen decided to stay in Toledo where he took employment as an appliance and furniture salesman.

Mehen's younger brother Dick played with him at Tennessee, and later for the Jeeps.

He married Lucille on May 31, 1942 and had two daughters, Andrea and Sandra.

Stats:
http://www.basketball-reference.com/nbl/players/m/mehenbe01n.html
http://www.justsportsstats.com/basketballstatsindex.php?player_id=mehenbe01
Posted by Peach Basket Society at 8:27 AM