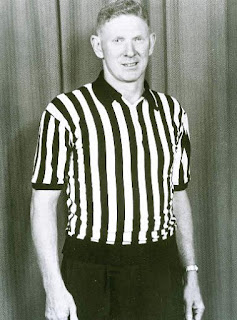 
Born to Polish immigrants, Mihalik played basketball briefly, but made his mark as an official. He officiated in the NCAA and in the Olympics. Elected to the Hall of Fame in 1986. Red died of cancer in 1996. He was also a veteran of World War 2.