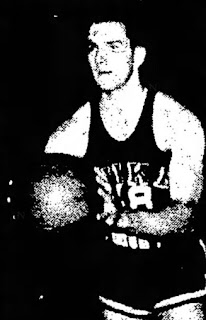 After playing basketball and baseball at Duke, McCahan played in the Philadelphia Athletics minor league system, with an interruption in his pitching career where he was a test pilot in the Air Corps. He came back from the war and eventually made it to the Athletics, playing for Connie Mack for 4 seasons. He also threw a no-hitter in which he was an error away from a perfect game. 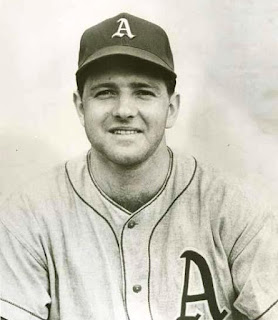 Thanks to Jay LaFountaine for helping with his career info.
Posted by Peach Basket Society at 5:39 AM