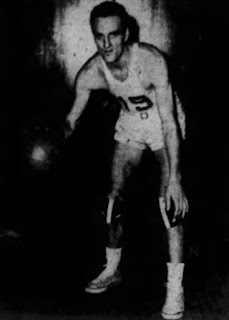 Ezersky was born in Manhattan to Alexander and Sofie Ezersky. His younger brother Alex was a teammate in Power Memorial. Many newspaper articles refer to Johnny as having played at Rhode Island, but this is not the case. He was ruled ineligible to play collegiate basketball after accepting money during his senior year in high school. He entered the military and was one of the many heroes who invaded at Normandy. After the war, he began his professional basketball career, as well as beginning what would be a life-long career of being a taxi driver, in 1946.

After his playing career, he moved out to San Franciso, where he was driving a cab well into his golden years. He was vocal about the lack of support former NBA players were getting from the league. He eventually received a pension from the NBA.

He was married to Elaine around 1981.