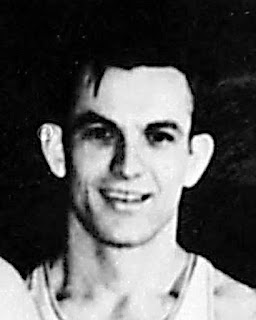 Born to Joseph and Tekla Jaros, Tony was a baseball and basketball star at Minnesota. In April of 1946, his eligibility ended, and he signed to play baseball for Minneapolis in the New York Giants farm system, and signed with the Stags for play basketball later that same year. He moved to the Lakers where he played four more seasons. His baseball career never quite flourished, although he lasted a few seasons in the Cardinals' system as well as the Giants'. He later owned a bar in Minneapolis, where he died in 1995. I am pretty sure he served in the military during World War 2, which would explain the interruption in his time at Minnesota. An article in the Coshocton Tribume from Jan 4, 1943, mentions how to Gophers lost Jaros to "the draft" and that is likely the military draft, not a basketball draft.

He was married to Matie and had one son. (Maybe more, but I only know of the one).