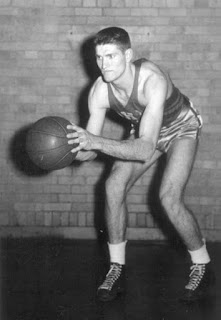 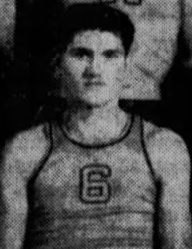 Grate was a star athlete in high school, playing basketball, baseball and football. He went to Ohio State, playing basketball and baseball there. After graduating, he signed with the Philadelphia Phillies and was called up to the club by the end of the season. After two brief stints in the major leagues, he suffered an arm injury that ended his time as a pitcher. Always a decent hitter, he tried his hand as an outfielder. He did well, but not well enough to return to the major leagues, and quit baseball in 1957.
Grate used basketball as a way to stay in shape in baseball's off-season. In October of 1946, he signed with Chicago of the BAA, but apparently did not play. A year later, he joined up with Indianapolis in the NBL, but was released by the club in December of 1947. Later played with Sheboygan in the NBA.

He was married to Marjorie Hanner and they had a son and a daughter.