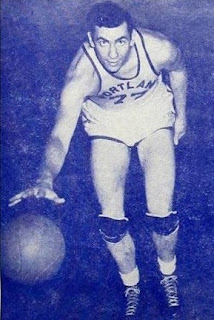 Mandic was a basketball and track star (high jump) at Roosevelt and OSU. He served in the army during World War 2.
His brother Frank also played basketball at OSU and later with the Portland Indians with John. He later worked as an officer and supervisor in for the Orgeon Department of Corrections.