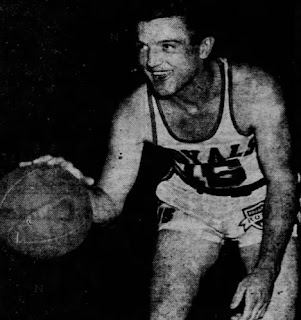 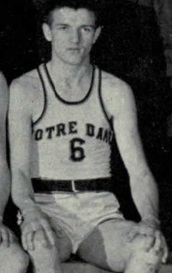 Born to Hugh and Mary Curran Father was Hugh Curran. Served in the military during World War 2. After the War, he returned to Notre Dame, and was on the same team as his brother, Wayne. After graduating from Notre Dame, Curran signed with the Toledo Jeeps. When the Jeeps folded, the franchise was transferred to Waterloo. Curran signed with the Royals, but a court battle erupted as Waterloo claimed they still owned the rights to Curran's contract.

He was married to Jacqlyn.


Some sources has him being born in 1925, but that means he was 16 when heading into Notre Dame. An article from a Notre Dame piece mentions his dad, Hugh, is from Sterling. From here I found his brother, Wayne, and all the pieces fit. I am doubting Luzerne High School as his Alma Mater, which other sources list, and am thinking he went to the same high school as his brother, which was Newman Catholic.