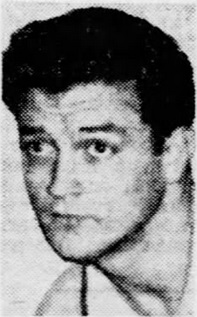 Born to Joseph (1894-1975) and Helen (1894-1980) Camic in Youngstown, he graduated from Rankin High School before an outstanding career at Duquesne. Camic served in the South Pacific during World War 2 prior to playing in the NBL for a couple seasons. On January 16, 1949, he was sold by Tri-Cities to Hammond.
Camic later worked as a city administrator, as well as a partner at Biddlestone Transfer and Sigmund Transfer,


Stats:
http://www.basketball-reference.com/nbl/players/c/camicjo01n.html
http://www.justsportsstats.com/basketballstatsindex.php?player_id=camicjo01
Posted by Peach Basket Society at 6:22 AM