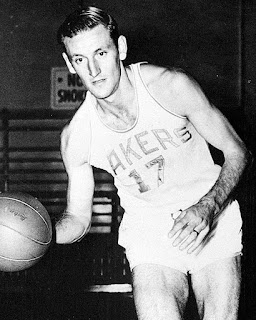 
One of those most highly-touted high school athletes at his time, he graduated from Oakland Tech in January of 1940 but was not eligible to play for Tech in 1939-40. He went to Stanford for a few years before joining the U.S. Coast Guard. After his service to his country, he played professionally in the west coast's version of the American Basketball League before heading east to join the Lakers. With the Lakers, he became one of the best players in the NBA, before retiring to coach, both at the collegiate and professional level.