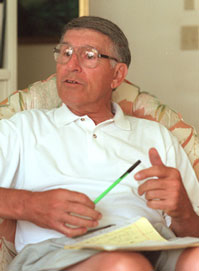 Born to Yugoslavian immigrants, Lalich was a standout basketball player at East Tech in Cleveland before heading off to Ohio U. He played professionally for five seasons before quitting. He became a manager with Western Southern Life Insurance. He retired to Florida, where he lived the remainder of his life.
Lalich died of kidney failure in 2008.
He married Alyce and they had two sons, Peter and Todd. His grandson, also named Peter, was a highly recruited quarterback out of high school, and played football at the University of Virginia.