Nick Lalich has one of the more remarkable biographies of the NBL. Born to Serbian immigrants in Lorain, Ohio, Lalich grew up in Cleveland and attended Ohio University, where he played basketball while obtaining a bachelor's degree in industrial arts, and went on to Columbia for his master's degree. He return to Cleveland to teach, but World War 2 erupted, and he entered the U.S. Army.
While in the army, it was determined that his knowledge of the Serbian language and culture would make him an asset to the OSS, now known as the CIA. Lalich became a key figure in the war in Europe, leading the Halyard Operation. This operation involved going into enemy territory in Yugoslavia and rescue downed Allied pilots. In four months of operation in 1944, Lalich and his crews rescued around 550 airmen with losing a single pilot or man. In the dark of night, Lalich and his crews flew C-47's into occupied territory, often landing in fields, to pick up the airmen.
After the war, Lalich worked for the CIA in Greece, staying there until 1957. He returned to the US to work as an account executive for Kenyon & Eckhardt. He moved to Baltimore to work the the Department of Commerce. He died in 2001 after a bout with esophageal cancer.
Lalich was married to  Mira Vukcevich (d. 1993) and had at least one daughter, Stephanie. 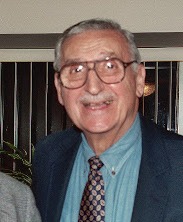 Stats:
http://www.basketball-reference.com/nbl/players/l/lalicni01n.html
http://www.justsportsstats.com/basketballstatsindex.php?player_id=lalicni01
Posted by Peach Basket Society at 11:34 AM