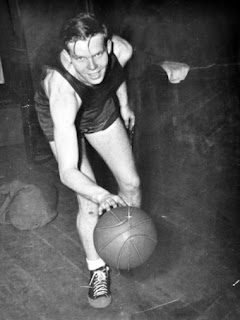 After graduating from Eugene High School, Lovelace joined the Astoria Royal Chinooks in 1947. When the team disbanded after the first half of the season, Ty signed with the Portland Indians on February 5, 1948, part of the signings that would lead Portland to a surge in the second half of the season and roll to the Pacific Coast League championship. In 1948, he joined the U.S. Army and was stationedwith the occupying force in Osaka. He proudly served on the honor guard, and was shipped to Korea in 1950. Lovelace was a witness to history, having been in the same room as General Douglas MacArthur when MacArthur was removed for command by President Harry Truman on April 11, 1951. 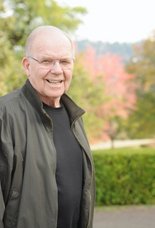 Ty married Connie (d. 2013) in 1951, and they had four children. He had met Connie in Tokyo where Connie was a civilian employee of General MacArthur.

Posted by Peach Basket Society at 11:24 AM