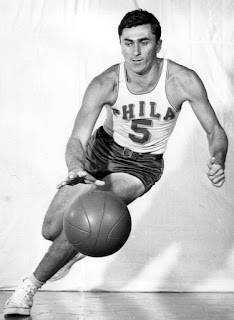 Bobb served in Pacific Theater with the Army Air Corps during World War 2, and played at Temple after the war. He went on to played four seasons for the Philadelphia Warriors. After playing basketball, he owned and operated his own insurance company.

Posted by Peach Basket Society at 3:52 AM