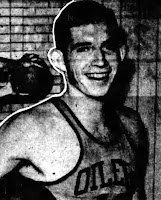 After high school, Dodd served in the U.S. Army in Italy, receiving a Purple Heart and a Bronze Star. He went to NE Missouri State (now Truman State University) and after graduating, played one season for the Denver Nuggets. He later worked as a construction foreman and died of congestive heart failure in 2004.