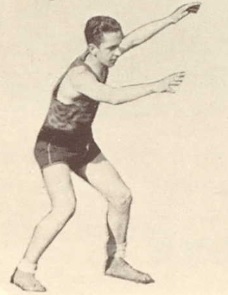 A long-time coach around Seattle (above record not complete), Werner was the head coach of the Tacoma Mounaineers. Late in the 1947-48 season, in Tacoma's 30-point loss to Portland on March 13, 1948, Werner put himself into the game. I am pretty sure that was his only playing appearance that season.


Posted by Peach Basket Society at 8:00 AM