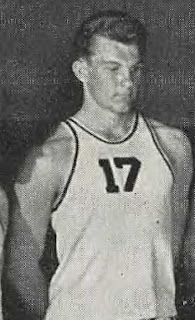 Born to Arvid and Anna Sutherland in Los Angeles, Sutherland served in the USMC during World War 2. After the war, he played with the Portland Indians but was released on February 5, 1948.


Posted by Peach Basket Society at 5:46 AM