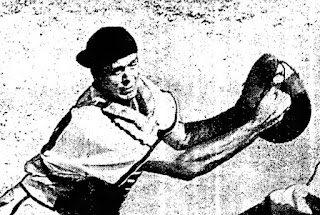 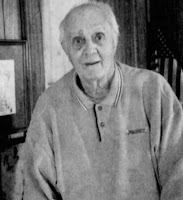 The 6' 190-pound Deem was a good basketball and baseball player growing up. He served in the army during World War 2, which interrupted his minor league baseball career. Although he never made the major leagues, he was a popular player in the the Indians and Cubs organizations. He played three games for the Southern Basketball League's Memphis franchise in December of 1947. He would eventually find his way to Minnesota, where he wound down his baseball playing career in Faribault where he also managed a couple seasons. He finally left the game in 1957 and found work at Land O'Lakes Creameries.

Pete married his high school sweetheart Jesse in 1939 and they had three kids.

Posted by Peach Basket Society at 9:49 AM