From Booneville, Mississippi, the 6'3 Pressley went to East Mississippi CC after serving in World War 2. He would play basketball with the Laurel Oilers of the Southern League. He later played for Delta State, but in February of 1998, his eligibility was called into question due to his time with the Laurel Oilers. His argument in his favor was that although he was paid $270/month to play, he was not under contract and was an employee for the sponsoring company.

Bob was married to Faye Yarbrough and they had at least one daughter. 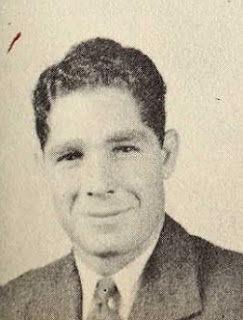 Posted by Peach Basket Society at 5:13 AM