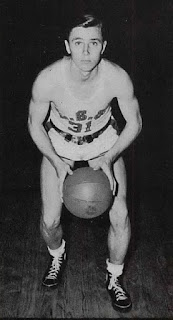 Shows was born in Laurel, Mississippi, and went to LSU where he played basketball. He went into the USMC during World War 2, and after the war, he entered the insurance business. He would play pro basketball with the Laurel Oilers (as well as being head coach) before leaving the game to work as District Manager for Jefferson Standard Life in Hattiesburg, Mississippi. His career would take him westward to Denver, and later wound up in California, where he died at the age of 90. 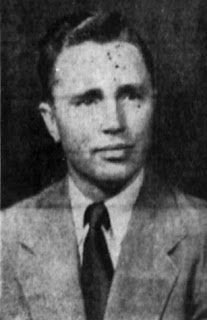 Posted by Peach Basket Society at 9:28 AM