Taking some time and looking back to fill in some holes or close some things out.

Posted by Peach Basket Society at 4:11 PM No comments:

Taking some time and looking back to fill in some holes or close some things out.

Morrie Helser was on the Spokane Orphans of the PCBL, not his brother Roy Helser as previously listed.

Ducky Moore was previously identified as an imposter who claimed to be the Globetrotter star.

Al Wark does not exist and did not play for Tacoma Mountaineers. Removed from PCBL and page deleted..

Leo Kane, who played in the New England League after World War 2, was NOT on the 1946-47 Albany Senators. That was Robert Richard (Bob) Kane of Brooklyn, who played at Eastern District HS '37 and attended LIU prior to WW2.

Player listed simply as Ryan for Troy in the NYSL in 1946-47 was determined to be the same Ryan who played earlier that season for Albany. He was also identified as William James Ryan.

Removed the following players from the roster of the 1947-48 Portland Indians (PCBL) - They appear in no league box scores with the club: Jack Butterworth, Don Durdan, Mike Hafenecker, Ken Hays, Ted Sarpola

Gene Stump, NBA/BAA - various address sites list him as "deceased" but no obituary can be found

Posted by Peach Basket Society at 6:24 PM No comments:

Five years since I first looked at the Pacific Coast League, I returned to go over the league better, finding as many box-scores as I could (only missing 11 over the two season of existence). This is, as far as I know, the most in depth research done on this league.  This time around, I found more players that were previously registered, removed a few who did not exist, and identified a handful whose previously were a mystery.

So the NEW numbers on the PCBL (and you can go back to the original postings in June 2017 which have been updated with new information where applicable) are as follows:

Posted by Peach Basket Society at 12:54 PM No comments:


Career
1948-47 Astoria Chinooks (PCBL)
Played one game for Astoria, scoring one point for Astoria against Bellingham on December 17, 1947. He is not Norm Baker or Jack Baker, who both also played in the PCBL this season.
Source:
Posted by Peach Basket Society at 11:39 AM No comments: 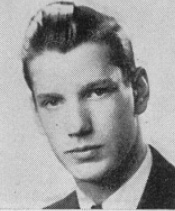 Born to Cecil and Grace Baker, Jack was a basketball and ran track at Bellingham High School. He attended Western Washington College before enlisting in the U.S Navy to serve the country in World War 2. After serving in the South Pacific, he returned home where he would play basketball for the Bellingham Fircrests in 1947-48. He would become a fireman in Bellingham, and after 19 years became Fire Chief, a job he held for 12 years until retiring in 1978. He died in 1994.
Jack married Irene Chetwood in 1947 and they had two sons and a daughter. 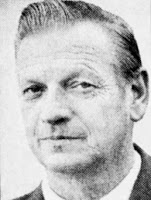 Source:
Bellingham Herald, November 14, 1994
Posted by Peach Basket Society at 10:31 AM No comments:

Standing 6' and 170 pounds, Thompson starred for the Idaho Vandals before enlisting in the army for World War 2. After the war, he signed to play with the Bellingham Fircrests of the Pacific League, but was released on New Years Eve, 1947, after appearing in three games and scoring six points.
Source:
Posted by Peach Basket Society at 8:15 AM No comments:

Born to Henry and Minini Valentin, Vallee served in the U.S. Army during World War two and played minor league baseball for a few years, including a couple years with the Tacoma Tigers which is what brought him to playing basketball with the Mountaineers in December of 1947. He would go on to work in structural steel and involved in many construction projects in the Pacific Northwest.
Minor League Baseball Stats

Source:
Posted by Peach Basket Society at 7:00 AM No comments: