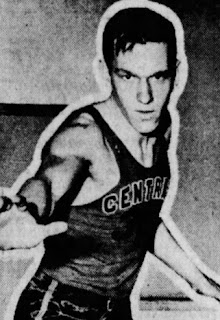 Born and raised in Minneapolis, Sanders entered the U.S. Navy and served during World War 2. He went to Vanderbilt during the war for Naval training, it is was there that he played semi-pro basketball for the Junior Vols. A 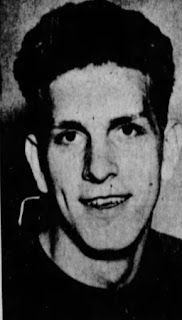 good football and baseball player, also, Sanders would play minor league baseball for a few years, including time in both the St Louis Browns and Cleveland Indians farm systems. He played basketball with the Nashville Vols for half a season. Despite hitting .321 in four seasons in the minors, he would be sold to Oklahoma City in 1949, and from there would find his way back north. He landed in Merrill, Wisconsin, where he played on the local independent team for a few seasons. Sanders would eventually be inducted into the Wisconsin Baseball Hall of Fame. He would work for many years as a sales representative for Semling-Menke and Wisconsin Window Unit.

Sanders died in 2012 at the age of 89. He married Janet Mueller and they had one son and two daughters. Widowed, he would remarry to Jennie.

Posted by Peach Basket Society at 10:20 AM