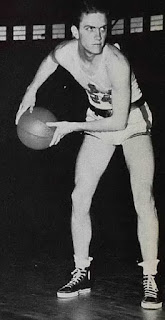 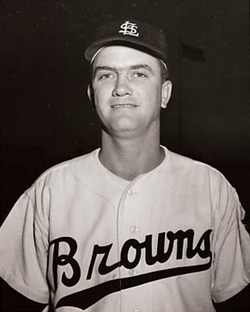 Madison, a baseball pitcher by trade, played football and basketball as well as the national pastime while at LSU. He went into the military during World War 2, and after the war was signed by the New York Yankees. Assigned to the Class-A club in Denver, Madison was promoted to Kansas City in the American Association in 1948, where he went 14-9. That off-season, he played basketball with the Laurel Oilers of the Southern Basketball League. He averaged 5.8 points in 25 games I found box scores of. After throwing two more years with KC, he was brought up by the Yankees at the end of the 1950 season. He appeared in just one game for the pennant-winning American League team, but after the season he was recalled by the Army to head to Korea.

Madison returned state-side in the winter of 1951-52 and was sold to the St. Louis Browns. In August of 1952, the Browns traded him to the Detroit Tigers, where he would pitched though the 1953 season before being released. After two more year of organized baseball, Madison was out of baseball at the age of 34. He would manage a few years in the lower Yankees farm system and worked for many years as a scout. He died following a lengthy illness in 1985.

Posted by Peach Basket Society at 4:29 AM