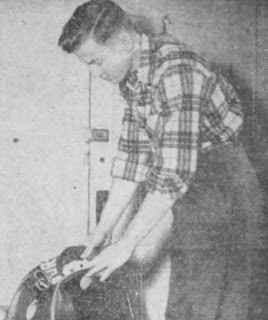 McKissack served in the military during World War 2. and returned to Hinds JC after the war. He would play basketball for part of the 1947-48 season with the Jackson Senators before being released in early February of 1948. He would work as a safety consultant for the Mississippi Health Department before his death in 1991 at 66 years of age.

McKissack was married to Katherine and they had three sons and one daughter.

Posted by Peach Basket Society at 5:36 AM