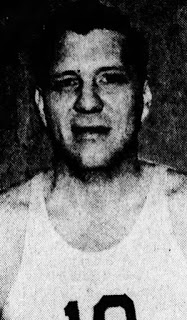 He was the husband of Elizabeth A. (Tait) Meinhold, with whom he celebrated 64 years of marriage.

Born in Hazleton, Pa., he was the son of the late Harold and Dorothy (Lauer) Meinhold. Carl graduated from Hazleton High School in 1944 where he was on the first All State Basketball Team. He then attended Long Island University for two years where he was on the All Metropolitan Basketball Team. Carl served in the U.S. Army from June 1946 to April 1947 and then again from September 1950 to September 1952. He played professional basketball with the B.A.A. Baltimore Bullets Championship Team in 1947-1948. The B.A.A. and the N.B.L. merged and became the N.B.A. the following year. Carl then played with the Chicago Stags in the 1948-1949 season and later played in the American Pro Basketball League where he was a player/coach with various teams in the Eastern Pro League. He was inducted into the Hazleton YMCA Sports Hall of Fame, The Pennsylvania Northeast Section Hall of Fame and the Greater Hazelton Area Hall of Fame. Carl was also an honorary member of the Greater Hazleton Hall of Fame Committee. He was the director of warehousing at Boscov's Department Stores for 12 years, retiring in 1990.

Biography
Posted by Peach Basket Society at 4:52 AM